Lieutenant Daniel McMahon is a 14 year veteran of the White Plains Police Department. Lieutenant McMahon is currently assigned as the Executive Officer of the Special Operations Division which oversees the Emergency Services Unit, K-9 Unit and the department’s Special Response Team.

Lieutenant McMahon served the first six years of his career as a Patrol Officer, a Field Training Officer and a member of our Special Response Team. 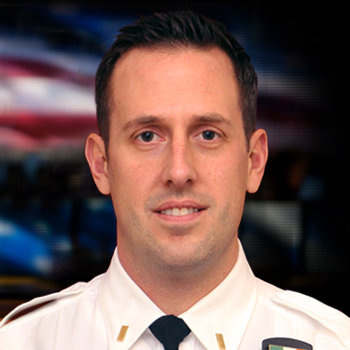 He was assigned to the Neighborhood Conditions Unit in 2013 and then the Emergency Services Unit in 2014.

In October of 2015, Lieutenant McMahon was promoted to the rank of Sergeant and assigned to the Patrol Division. In January of 2017, he was assigned to the Special Operations division as the Sergeant of the Neighborhood Conditions Unit.

He was promoted to the rank of Lieutenant in December of 2018 and assumed his current position of Executive Officer of the Special Operations Division.