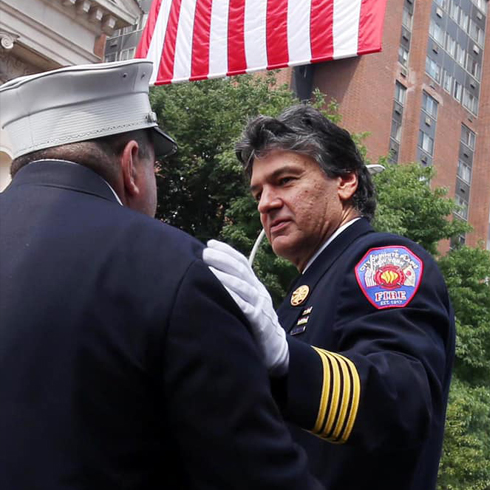 It is with great sadness that the White Plains Fire Department announces the passing of Deputy Fire Chief Edward J. Ciocca on May 1, 2020.

On Behalf of the Mayor of The City of White Plains, Thomas M. Roach, the Commissioner of Public Safety, David E. Chong, and Fire Chief Richard L. Lyman the department thanks Chief Ciocca for his years of loyal service and excellent performance.

Chief Ciocca was hired by the White Plains Fire Department as a firefighter on May 20, 1985. He was promoted to the rank of Fire Lieutenant on September 3, 1991 and to the rank of Deputy Fire Chief on July 6, 1999.

Please hold Chief Ciocca and his family in your thoughts and prayers. He will be greatly missed.