Captain Nicholas Kralik is a second generation White Plains Police Officer who has been serving the city since 1981. He is currently the Commanding Officer of the Traffic Division.

Over the past three decades he has held various positions within the department. He started his career as a uniformed officer assigned predominately to the central business district and western sections of the city. After years of success he was transferred to a plain clothes assignment and promoted to Detective in 1991. 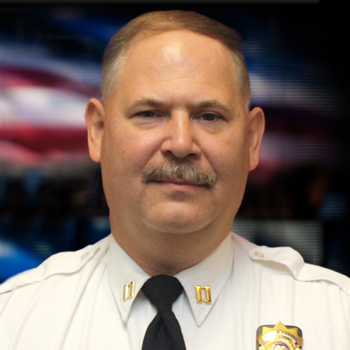 He investigated a variety of cases while assigned to the Street Crime and Vice Control Units. In 1994 he was promoted to the rank of Sergeant. He returned to the Patrol Division where he utilized his experience and knowledge to assist and develop younger officers. He acted as a Field Training Officer Supervisor and participated as a DCJS certified general topics instructor for the In Service Training program. He was promoted to Lieutenant in 1998 as a Patrol Division commander.

In 2003 he returned to the Detective Division as the Executive Officer and subsequently the Commanding Officer in 2004. Here he coordinated all investigative operations including task force operations with the DEA, FBI, DOJ and the Westchester County DA’s office. During his command he oversaw the investigations of several high profile cases which drew nationwide attention. The most predominate of which resulted in the establishment of “Connie’s Law”. In 2005, he was promoted to his current rank of Captain. He has continued to bolster his knowledge in criminal justice by attending various training opportunities throughout his career. He is a Henry F. Williams Associate, a graduate of the 47th DEA Drug Unit Commanders Academy and a graduate 235th class of the FBI National Academy.