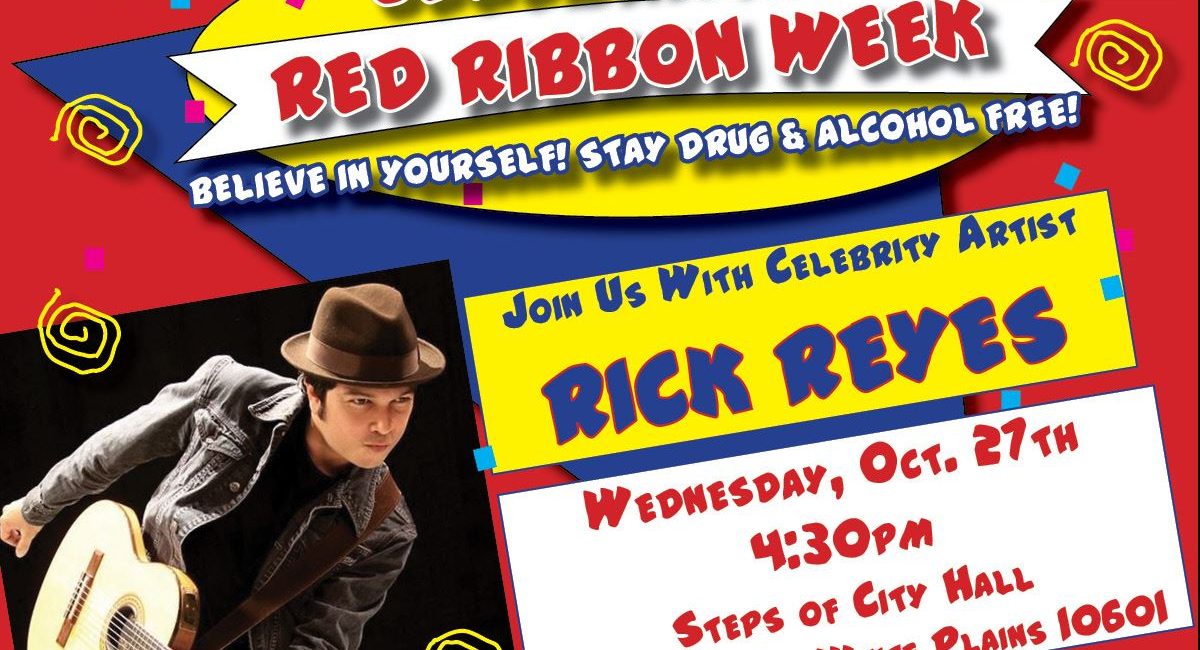 The City of White Plains Youth Bureau’s Institute for Health & Wellness, along with the White Plains Cares Coalition, will be celebrating National Red Ribbon Week during the week of October 23 – 30, 2021. In partnership with the Girl Scouts Heart of the Hudson, red ribbons will be placed at City Hall and in other selected neighborhoods to commemorate this event. Additionally, children in the White Plains Youth Bureau’s after school programs will be engaged in a variety of informative and fun prevention activities.

Red Ribbon Week is a national event celebrated during the 4th week of October. The White Plains Cares Coalition celebrates Red Ribbon Week in White Plains to promote a drug free life and to encourage positive youth development with a variety of activities. By wearing red ribbons and participating in community anti-drug events, people pledge to live a drug-free life and pay tribute to DEA Special Agent Enriqué “Kiki” Camarena who was killed in 1985 by drug traffickers. Several state parent organizations called on community groups to wear red ribbons during the last week of October as a symbol of their drug-free commitment in honor of Special Agent “Kiki” Camerana’s sacrifice. The first Red Ribbon Week celebrations were held in La Mirada and Norwalk, California. In 1988, the National Family Partnership (NFP) coordinated the first National Red Ribbon Week with President and Mrs. Reagan as chairpersons.

According to the Center for Disease Control (CDC), although the use of cigarettes among teens has declined, the use of e-cigarettes has increased dramatically. More than 37% of 12th graders report using e-cigarettes (called vaping) as compared to only 8% using cigarettes. According to the National Institute of Health (NIH), vaping of each substance that was asked about increased. This includes nicotine, flavored liquids, marijuana, and hash oil.

The City of White Plains and the Youth Bureau continue to be vigilant and committed to making sure that our youth are surrounded by a variety of supports that will help protect them from the risks associated with increased substance abuse. Through positive youth development activities and programs, our youth are consistently encouraged and taught the value of making good choices for their health and well-being.

Join us to celebrate these victories at the Annual Red Ribbon Week event on October 27th at 4:30 p.m. at City Hall. The event will feature guest speaker and singer/songwriter Rick Reyes.

Rick Reyes is a troubadour, a songwriter, producer, and a storyteller performer. Although born in Bridgeport CT, Reyes grew up in the countryside of his parents’ native Puerto Rico. It was here, listening to traditional Puerto Rican folk music, that Reyes forged his love of Jibaro – a music of the people full of wistful melodies and steeped in longing. Reyes wrote about the struggles of his parents and the Latino community. He wrote about the poor. His songwriting today continues in these and similar themes of social justice, freedom, equality, self-awakening, ambition, the environment, acceptance, and tolerance.